Before the invention of antibiotics, patients would often die from bacterial infections, with nothing doctors could do to stop it. Yet, despite advances in modern medicine, this is happening today, but not in the way you would expect. Currently more than 70% of bacteria are now resistant to at least one commonly used antibiotic, and this number is only increasing as it is estimated that in the United States alone, around 47 million antibiotics are prescribed for patients that don’t actually need them, which contributes to antibiotic resistance in bacteria. Eventually, we may reach the day where most antibiotics are useless against bacteria “superbugs,” but both doctors and patients have the power to slow the problem of antibiotic resistance and save thousands of lives just by resisting the use of antibiotics for infections that don’t require them.

The discovery and history of antibiotics

In 1928, Alexander Fleming revolutionized medicine when he discovered penicillin, an antibiotic used to treat a wide range of bacterial infections. While he was working on the influenza virus, he noticed an area where a fungus had contaminated the agar plate did not have bacteria growth. After isolating the fungus, he discovered that it was part of the Penicillium family and named the active agent penicillin, which could prevent the growth of Streptococci and other gram-positive bacteria. Yet, Fleming was unable to purify the mold and make it work on living tissue, so another important contribution in the development of antibiotics came in February 1941, when a team at Oxford, including Howard Florey, Ernst Chain, and Norman Heatley, purified the penicillin for clinical use. They tested the penicillin on an Oxford policeman named Albert Alexander with a raging infection, who became the first patient to test the therapeutic use of penicillin, and within 24 hours, his condition improved drastically. Since then, penicillin has saved millions of lives and cured previously untreatable diseases such as meningitis, pneumococcal pneumonia, syphilis, and many more.

During World War II, penicillin was used to combat infections that killed soldiers more frequently than the wounds themselves, and in 1944, more than 100 billion units of penicillin were produced per month in the United States alone. However, most of the penicillin were being used by the military to treat soldiers with wounds and blood infections, so it was not readily available for the public. During Alexander Fleming’s Nobel lecture, he stated, “The time may come when penicillin can be bought by anyone in the shops. Then there is the danger that the ignorant man may easily underdose himself and, by exposing his microbes to nonlethal quantities of the drug, make them resistant.” He was correct. Two years after his speech, the first case of antibiotic resistance bacteria was observed, and today, there are around 2.8 million cases of antibiotic resistant infections every year in the United States alone.

“The time may come when penicillin can be bought by anyone in the shops. Then there is the danger that the ignorant man may easily underdose himself and, by exposing his microbes to nonlethal quantities of the drug, make them resistant.”

What types of antibiotics are there?

Antibiotics are typically categorized into two types: bactericidal and bacteriostatic. Bactericidal antibiotics work by killing the bacteria, while bactericidal antibiotics prevent the bacteria from growing, keeping it at a steady rate, often until the body’s immune system can handle the rest. There are also two main types of bacteria: Gram-positive bacteria and Gram-negative bacteria. Gram-positive bacteria have peptidoglycan outer layers that are easier to kill and slower to develop resistance because of their thick peptidoglycan layer that absorbs antibiotics, and these include the bacteria responsible for diphtheria and anthrax. However, Gram-negative bacteria are classified as a more serious threat by the CDC, since they have a membrane that does not absorb materials, protecting the cell from toxins. This makes them much harder to kill, in addition to their tendency to develop resistance more quickly compared to Gram-positive bacteria, and these include E.coli and Salmonella bacteria.

Why does antibiotic resistance happen?

However, how does antibiotic resistance happen? You may have heard of Darwin’s Theory of Evolution by Natural Selection, which states that “organisms change over time as a result of changes in heritable physical or behavioral traits. Changes that allow an organism to better adapt to its environment will help it survive and have more offspring.” Antibiotic resistance occurs as a consequence of this theory, as within a colony of bacteria, some may have the mutation that allow them to survive antibiotics, and when antibiotics are given at an improper dose, this puts a selection pressure on the bacteria, with the bacteria most capable of surviving antibiotics living on to reproduce a generation of antibiotic resistant bacteria.

However, while bacteria can pass down their antibiotic resistance traits to their offspring, called vertical gene transfer, they can also spread their plasmids to other bacteria through the process of horizontal gene transfer. This occurs by three different mechanisms: transduction, where bacteriophages inject the bacteria with host DNA, transformation, which the bacteria takes up DNA from outside the cell, and conjugation, which is often considered as the cause of multidrug resistance in hospitals, where the bacteria transfers genetic information through direct contact. This allows bacteria to incorporate antibiotic resistance genes from different species of bacteria, contributing to the rise of multidrug resistant bacteria, also known as “superbugs.” One superbug that has been particularly concerning for physicians and scientists is the MRSA Superbug, or Methicillin-resistant Staphylococcus aureus, which is a Gram-positive bacteria that is resistant to several different types of antibiotics. It causes staph infections that can cause sepsis or death, and these infections are often difficult to treat, because of its resistance to many common antibiotics. It can spread in hospital, laboratory, and community settings, as around 5% of patients in U.S. hospitals carry MRSA. Every year, more than 35,000 people in the U.S. alone die of antibiotic resistant infections, and this number will only get higher as more and more bacteria become antibiotic resistant. In fact, according to the World Health Organization (WHO), antibiotic resistance is currently one of the biggest threats to global health, food security, and world development.

How can everyone help prevent antibiotic resistance?

Yet, this isn’t just something that only doctors can prevent. According to David Bell, the CDC’s antimicrobial resistance coordinator, “Antibiotic resistance is not just a problem for doctors and scientists. Everybody needs to help deal with this. An important way that people can help directly is to understand that common illnesses like colds and the flu do not benefit from antibiotics and to not request them to treat these illnesses.” One way the general public can help to slow antibiotic resistance is to never stop an antibiotic early, because as Alexander Fleming said, underdosage can be incredibly dangerous as it allows certain bacteria to live, so by stopping an antibiotic early, this can cause certain bacteria to stay in the body and reproduce, all while becoming resistant to the original antibiotic.

In addition, it is important to avoid pressuring physicians to prescribe antibiotics, as patient demands are another main reason why antibiotics are prescribed too often. Also, never take an antibiotic prescribed for another illness or another person because this may not be the right antibiotic, and incorrect dosage may cause the bacteria causing the infection to become resistant. Prevention by practicing hygiene, cooking foods to a safe temperature, and getting vaccinated is another key strategy to preventing antibiotic resistance, since you won’t need to use antibiotics if you don’t have an infection in the first place.

“Antibiotic resistance is not just a problem for doctors and scientists. Everybody needs to help deal with this. An important way that people can help directly is to understand that common illnesses like colds and the flu do not benefit from antibiotics and to not request them to treat these illnesses.”

Battle of the Bugs: Fighting Antibiotic Resistance. (2016, May 4). Retrieved October 16, 2020, from https://www.fda.gov/drugs/drug-information-consumers/battle-bugs-fighting-antibiotic-resistance

CDC. Antibiotic Use in the United States, 2018 Update: Progress and Opportunities. Atlanta, GA: US Department of Health and Human Services, CDC; 2019. 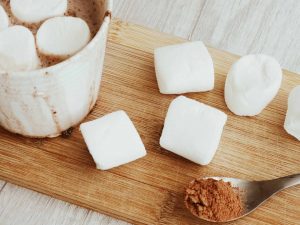 5 Tips to Figuring Out Life in High School 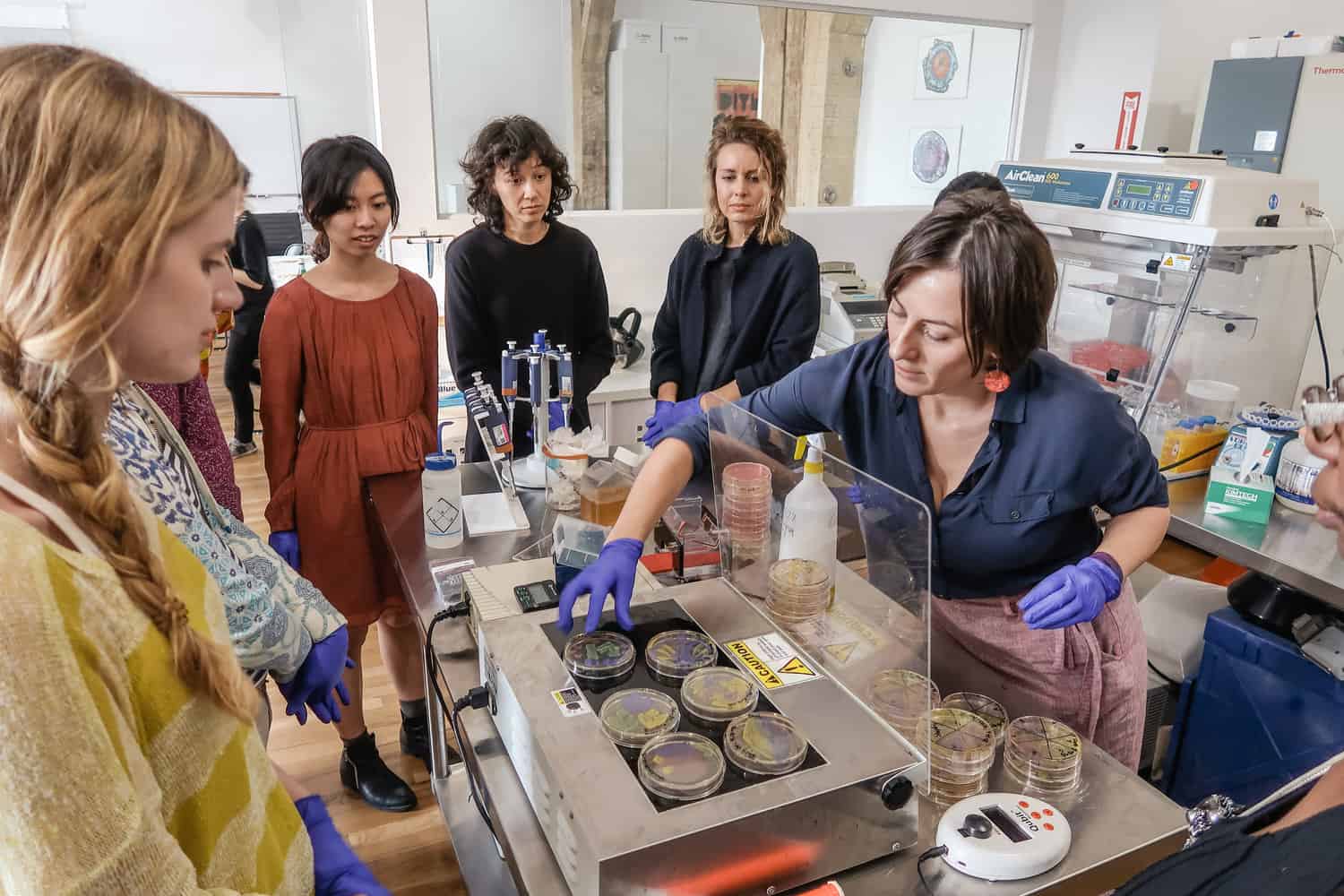