How the Biohacking Movement is Making Science Open

Many people think of biotechnology as something that only PhDs in laboratory coats can do, but throughout cities around the world, DIY Biolabs are popping up as a way to break the barriers of science. These DIY Community Biolabs strive for science to be publicly accessible for everyone, including people without a science background. However, this community of DIY biohackers have come under controversy, as some people wonder how safe it is for everyone to be able to genetically modify living organisms in their garage? Could it be possible for a monster pathogen to be created by these biohackers?

What is the DIY Biology movement?

The DIY Biology movement started in 2008 by Jason Bobe and Mackenzie Cowell, although the idea of biohacking had existed before then. It had started as a community of DIY biologists with the goal of creating a safe and accessible space for others to gain a better understanding of biotechnology. These community biolabs have classes and projects, such as making fluorescent bacteria, which are designed to help others understand how biotechnology works.

However, in addition to community biolabs, aspiring biologists have also built home laboratories from a spare room or garage. As a high school student, Keoni Gandall built a research laboratory at home. He got kicked out of his local science fair for reckless genetic engineering, but since then he has been pushing for fewer restrictions for others to be able to contribute to future biotechnology discoveries. With biotechnology becoming cheaper and more accessible, many people are interested in the potential of this new technology. Yet, how safe is it?

Biohacking isn’t without its risks and controversies

While many labs exist to allow to teach people how to have fun with science, some other labs have other goals, particularly for medical or body enhancement reasons. To illustrate, in 2017, a biohacker named Josiah Zayner came under controversy for injecting himself with CRISPR designed to modify Myostatin, a gene that controls muscle growth, during a genetic engineering conference. This inspired others to copy him in hopes of improving their health and body, but other scientists are concerned over the risk of these DIY treatments as an accidental mutation may cause dangerous consequences.

Ellen Jorgensen, founder of Genspace and molecular biologist, states, “At Genspace and Biotech Without Borders, we always get the most heartbreaking emails from parents of children afflicted with genetic diseases. They have watched these Josiah Zayner videos and they want to come into our class and cure their kids. We have to tell them, ‘This is a fantasy.’ … That is incredibly painful.” Despite many claims of DIY biotechnology being able to cure diseases, it’s still far from reality, and many of these attempts can be dangerous as the technology is still new and misunderstood.

Another issue arose when a research team at the University of Alberta reconstructed an extinct relative of smallpox, called horsepox, for less than $100,000 using mail ordered DNA. Their experiments showed that it was possible to create a pathogen in a biolab, which was extremely concerning for the public.

But so far, there have been no incidents of public health hazards associated with DIY biohacking. In addition, scientists are also worried about biohackers potentially modifying germline cells, which could be passed down through generations. This may have an impact on human evolution, and cause serious consequences if the experiment goes wrong.

However, the same dangers can also lie in research laboratories. In 2018, a scientist in China genetically edited embryos to be resistant to the HIV virus, and this caused a global outrage. But even though the lack of regulations in DIY biotechnology may be the subject of controversy, the risk of developing something truly dangerous is relatively low, and many of these biohackers are looking to improve the world through biotechnology.

“At Genspace and Biotech Without Borders, we always get the most heartbreaking emails from parents of children afflicted with genetic diseases. They have watched these Josiah Zayner videos and they want to come into our class and cure their kids. We have to tell them, ‘This is a fantasy.’ … That is incredibly painful.”

The risky DIY biotechnology experiments done on humans, including Zayner’s experiments, may be alarming and dangerous, most DIY biolabs aren’t like that at all. These labs are focused on educating the community and according to Ellen Jorgensen, “At the beginning of the DIY bio movement, we did an awful lot of work with Homeland Security. And as far back as 2009, the FBI was reaching out to the DIY community to try to build bridges.” These labs are incredibly focused on safety and ethics, as well as educating the public, rather than engineering a deadly pathogen.

How could biohacking change the world?

Other biohackers want to use the technology to improve the lives of others. For example, Maurizio Montalti began his startup when he was experimenting with mushrooms in his bathroom. Now, his company, Mogu, uses fungi and agricultural waste to create products that can replace petroleum products.

Additionally, other projects done by biohackers include making biofuels, open-source insulin, vegan cheese, and recreating the smells of flowers that have gone extinct. Competitions such as the International Genetically Engineered Machine (iGEM) Competition encourage students to participate in biohacking with high ethical standards, and projects involving human experimentation or pathogens are prohibited.

Safe and ethical biohacking is full of possibilities, we could eradicate diseases, live longer, and build a more sustainable future. Developing drugs take years and years, but as this technology becomes more accessible, people will be able to utilize synthetic biology to cater directly to people’s needs, rather than what the government wants to fund. With more people understanding biotechnology, the possibilities of what we can do are endless.

“The Open Insulin Foundation is a non-profit creating the means for communities in-need to have local sources of safe, affordable, high-quality insulin… Our goal is that people living with diabetes and their communities can own and govern the organizations that produce the medicine they depend on to survive.”

Biotechnology can change the world, and even though the possibilities of what it might bring can be alarming, we have to open our eyes to the future. Despite how biohacking is generally portrayed, safe and ethical biohacking has tremendous potential for the future of disease, the environment, and other fun projects like vegan cheese. As Rob Carlson, synthetic biology expert says, “It’s easier to fixate on the threat rather than to embrace the opportunity.” Banning it altogether would be detrimental to the legitimate biohackers around the world who want to use technology to change the world and help others, and instead, let’s change DIY biotechnology to promote safe, accessible, and ethical science for all.

“It’s easier to fixate on the threat rather than to embrace the opportunity.”

Quinn, Cristina. This DIY Biolab Wants To Make Scientists Out Of Us All. 17 May 2018, www.wgbh.org/news/2017/11/15/science-and-technology/diy-biolab-wants-make-scientists-out-us-all.

Ireland, Tom. “Do It Yourself.” RSB, www.rsb.org.uk/biologist-features/158-biologist/features/893-the-unlikely-labs.

Zayner, Josiah. “True Story: I Injected Myself With a CRISPR Genetic Enhancement.” The Antisense, 13 Nov. 2018, theantisense.com/2018/11/13/true-story-i-injected-myself-with-a-crispr-genetic-enhancement/.

Samuel, Sigal. “How Biohackers Are Trying to Upgrade Their Brains, Their Bodies – and Human Nature.” Vox, Vox, 25 June 2019, www.vox.com/future-perfect/2019/6/25/18682583/biohacking-transhumanism-human-augmentation-genetic-engineering-crispr.

Fernandez, Elizabeth. “Yes, People Can Edit The Genome In Their Garage. Can They Be Regulated?” Forbes, Forbes Magazine, 19 Sept. 2019, www.forbes.com/sites/fernandezelizabeth/2019/09/19/yes-people-can-edit-the-genome-in-their-garage-can-they-be-regulated/.

Posted in Learn Something New!, Science 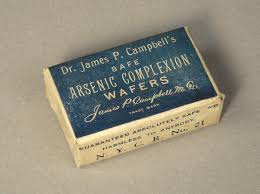 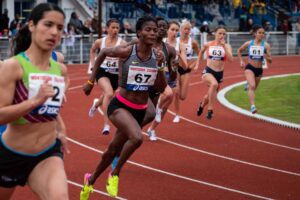 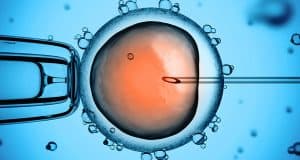 Why Human Genetic Engineering Should Be Allowed