The Problem With Healthcare Disparity in the US

For millions of Americans without healthcare insurance, the pandemic has been a devastating blow. In fact, the United States spends the most on healthcare compared to other developed nations.

However, according to a paper by Johns Hopkins University, the reason is not because of better quality, but rather the high prices of healthcare. These issues in the healthcare system have caused around 25% of Americans with serious illnesses to delay their treatment, which resulted in the death of 45,000 individuals.

22% of Americans say they have steered clear of some sort of medical care — including doctor visits, medications, vaccinations, annual exams, screenings, vision checks and routine blood work — because of the expense, according to a recent online survey of roughly 2,500 U.S. adults conducted on behalf of Bankrate.

The impact of healthcare disparity on low-income communities

This isn’t just a problem with the medical system though, in low-income communities, people are more likely to have chronic diseases such as obesity, diabetes, high blood pressure, and more. This is because as illustrated in the Food Inc. documentary, low-income individuals can only afford cheap and unhealthy fast food, which increases the risk for these chronic illnesses. Many people are left with the dilemma of either paying for prescription medication caused by eating unhealthy food or paying for other necessities.

Why are healthcare costs so high?

In addition, the rise in healthcare costs are due to inefficient systems, medication and equipment, overhead costs, and the cost of doctors and nurses, as well as many other reasons. However, an average American doctor graduates with nearly $200,000 in student loan debt. The high cost of college means that doctors need to earn more to pay back their student loan debt, which in turn increases the cost of healthcare.

Wasteful administrative costs also play a role in the increased price of healthcare, as the U.S. spent 8% of its healthcare budget on administrative costs. While this may not seem like a high number, other countries only spend around 1% to 3% in administrative costs. Americans also spend four times as much money on medications than people in other countries, where drug prices are regulated by the government. Some hospitals profit from high costs, as hospitals profited an estimated $64 billion in 2016. Rising drug costs and defensive medicine also contributes to the high cost of healthcare (Read more about why American healthcare is so expensive in my post here!).

In fact, it may be cheaper for patients to fly to another country to get a procedure than doing a procedure in the United States, as stated by California Heathline, “…recently reported on a case of a Wisconsin doctor and a Mississippi patient who traveled to Cancun, Mexico, to perform a knee replacement surgery at Galenia Hospital. They found it cheaper to fly to the resort town and do the procedure there than do it within U.S. borders.”

“…A case of a Wisconsin doctor and a Mississippi patient who traveled to Cancun, Mexico, to perform a knee replacement surgery at Galenia Hospital. They found it cheaper to fly to the resort town and do the procedure there than do it within U.S. borders.”

However, the purpose of healthcare is to help heal the suffering to the best of our ability no matter their socioeconomic status. Even with the struggles of society, it is important to remember that the purpose of the government and healthcare providers was to serve for the people, instead of profiting off of those who are suffering.

There is no doubt that our medical system is severely flawed, how is it right that hundreds of thousands of people are constantly living in fear of death or disease because they can’t afford basic healthcare? From food production to the cost of college to the economy, the issue with American healthcare is deeply ingrained in our system. However, this issue becomes increasingly important as nearly 45,000 people die every year because of a flawed system. The purpose of society was to benefit all members of society and improve survival, but in a functional society, we can’t leave the less fortunate behind for our own greed and selfishness.

“The Most Expensive Health Care System in the World.” News, 13 Jan. 2020, www.hsph.harvard.edu/news/hsph-in-the-news/the-most-expensive-health-care-system-in-the-world/.Sainato, Michael. “The Americans Dying Because They Can’t Afford Medical Care.” The Guardian, Guardian News and Media, 7 Jan. 2020, www.theguardian.com/us-news/2020/jan/07/americans-healthcare-medical-costs.

Amadeo, Kimberly. “See for Yourself If Obamacare Increased Health Care Costs.” The Balance, 28 May 2020, www.thebalance.com/causes-of-rising-healthcare-costs-4064878.

Staff Author. 6 Reasons Healthcare Is So Expensive in the U.S. 29 Aug. 2020, www.investopedia.com/articles/personal-finance/080615/6-reasons-healthcare-so-expensive-us.asp.

Posted in Learn Something New! 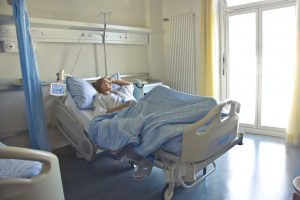 Why Is American Healthcare So Expensive? 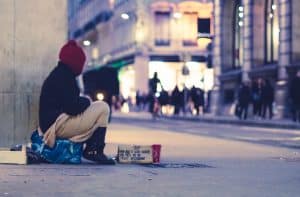 The Unequal Toll of COVID-19 on Minorities

Why Medical Errors Caused 250,000 Deaths in the US