We’ve all probably taken antibiotics some time in our lives before, but how does the drug actually get into your body to cure an infection? From just a tiny pill, a single drug works in complex ways to get absorbed by your body and affect the right organs.

A dose of antibiotics is typically administered either orally or intravenously, although some antibiotics can also be applied directly to the affected area. One example of this is Neosporin, which is an antibiotic ointment that is applied topically to minor wounds and infections. However, if you’ve ever gotten sick with bacterial strep throat or walking pneumonia, you likely remember the tablet and liquid antibiotics that are given for patients to take at home. These often include penicillin or amoxicillin taken by mouth. But for serious infections in the hospital, these can require intravenous antibiotics, such as fluoroquinolones. Many drugs are administered intravenously to increase the concentration of antibiotics or to reach the infection faster.

The journey of an antibiotic begins with drug absorption…

Let’s say you’re taking a tablet of Penicillin V, which is a type of penicillin that is commonly prescribed for pneumonia, strep throat, and respiratory infections. In order to treat your hypothetical case of bacterial pneumonia, the penicillin must be able to reach the respiratory tract. Typically, Penicillin V is taken every 6 hours, so as you swallow your tablets of penicillin, the drug travels down the esophagus into the digestive tract. The process of digestion disintegrates the antibiotic tablet, as well as the food in your stomach, by mixing with digestive juices in the stomach. Because the membranes in the stomach are not very permeable, the drug is not usually absorbed in the stomach, although the amount of food in the stomach can change absorption time. Once everything has been broken down in the stomach, the drug travels with the food into the small intestine. In the small intestine, cells called the intestinal epithelial cells absorb nutrients and drugs through the walls of the intestine, where it diffuses into the portal vein.

From the digestive system, the antibiotic travels to the liver through the portal vein where it is metabolized. This is why antibiotics can sometimes cause liver damage, since some drugs and antibiotics are capable of changing the amount of liver enzymes. During the metabolism process in the liver, the liver converts the antibiotic into a metabolite that can be used by the body, which can either become inactive, less active than the original form, or turn into an active metabolite from an inactive drug. The metabolism of a drug also allows for the drug to be excreted from the body through urine.

After being metabolized by the liver, the antibiotic then goes back into the bloodstream. However, the amount of drug that actually enters the bloodstream is much less than what was originally taken, and this is called the first-pass effect because the small intestine and liver have already metabolized much of the drug. This doesn’t happen to penicillin very much though, so the levels of our penicillin drug hasn’t changed significantly.

Once the drug has passed through the liver, it is finally ready to circulate the bloodstream. Impressively, it takes about one minute for blood to circulate from the heart, pump throughout the body, and travel back to the heart. During this time, the drug goes into the body tissues, and since penicillin is a water-soluble drug, it stays in the blood and watery regions near cells. As the penicillin travels through the bloodstream, it now reaches the lungs. In this hypothetical case of pneumonia, the bacteria has infected the air sacs, called the alveoli, of the lungs. In order to reach the lung tissue, the penicillin penetrates into the tissue through cellular transport.

But how does penicillin work to cure infections?

After this arduous journey throughout the body in order to reach the site of infection, the penicillin is finally ready to act. But how does penicillin enter and kill bacteria? As expected, bacteria don’t like taking up deadly substances into their cell, so in order to enter the cell, the antibiotic must pass through the cell membrane. This occurs through cellular transport, which includes diffusion through channel proteins, active transport through carrier proteins, or self-promoted uptake. In diffusion through channel proteins, the cell membrane contains a ”tunnel” that allows for molecules to diffuse across the membrane, and this allows for the antibiotic to slip through. For some other drugs though, such as the antibiotic streptozotocin, the structure of the antibiotic is similar enough to another molecule that it is able to “trick” the bacteria into transporting the antibiotic into the cell through the carrier protein. Finally, some antibiotics can create a self-promoted uptake pathway into the membrane depending on the type of antibiotic.

Penicillin acts through the first method, which is by going through the outer membrane porin (Omp) channels. The simplest explanation for penicillin’s mechanism of action is that it inhibits bacterial cell wall synthesis, but the way it does that is much more complicated. Firstly, when a Gram-positive bacterial cell divides, it creates a hole in the cell wall to allow the daughter cells to separate. This hole is typically filled by small molecules called peptidoglycans, but that’s where penicillin comes in. Penicillin inhibits the proteins, (creatively) called penicillin binding proteins, that link the peptidoglycans together, so without the peptidoglycans to fill the holes in the cell wall, water rushes into the cell and bursts the cell.

Finally, the drug exits the body

But the journey isn’t over for penicillin. Once it has done its job, the antibiotic now needs to be metabolized and excreted from the body. The penicillin is carried to the liver again, where enzymes either break down the drug into metabolites or leave it unchanged. The purpose of metabolism is to turn the drug into a form that can be more easily excreted by the body as waste. After being processed or passed through the liver, inactivated metabolites are disposed through urine, bile, sweat, milk, or stool through the kidneys. This is why urine can be used to conduct drug tests, as doctors can test for the amount of metabolites in urine to determine the presence of a drug, as well as how quickly a drug is being metabolized in order to adjust dosage. The length of time a drug can be detected varies between drugs, but for penicillin, it takes about 8 hours for the drug to go through the entire process and be excreted from the body.

And that’s it for the journey a drug takes throughout your body!

Throughout the process, a drug that started out as a tablet being swallowed has now circulated the body, treated an infection, and left the body. However, things don’t always go as planned. For antibiotics in particular, antibiotic resistance is a serious issue that has been arising as some bacteria have developed mechanisms for inactivating or pumping out antibiotics. For example, some bacteria have evolved an enzyme called penicillinase that can degrade penicillin, rendering it useless, or change its peptidoglycan layer so penicillin is unable to act on the target. In addition, bacteria have also evolved efflux pumps, which can pump out toxic substances from the cell, to pump out the antibiotic. These are all serious issues that are threatening the use of antibiotics for treating infections, and one day, we may lose the ability to treat bacterial infections if we continue to lose antibiotics at the rate that we are.

While this is the process that a tablet of penicillin takes in the body, the process can vary significantly depending on many factors. Drugs delivered intravenously completely bypasses the gastrointestinal tract, so the concentration of the drug in the bloodstream is significantly higher because it eliminates the first-pass effect. Some drugs also bind to proteins in the blood or to specific tissues once it reaches circulation, and this can change how much of the drug is active. This is all part of pharmacodynamics, which studies how drugs interact in the body, and today as a little penicillin tablet, you’ve learned the pharmacodynamics of penicillin! 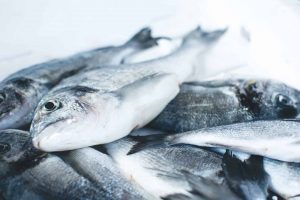 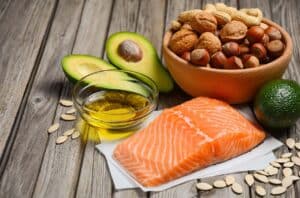 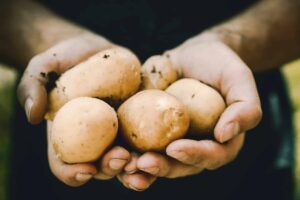